You are here: Home / Frugal Living / Budgeting / There’s Nothing Magical About a New Month 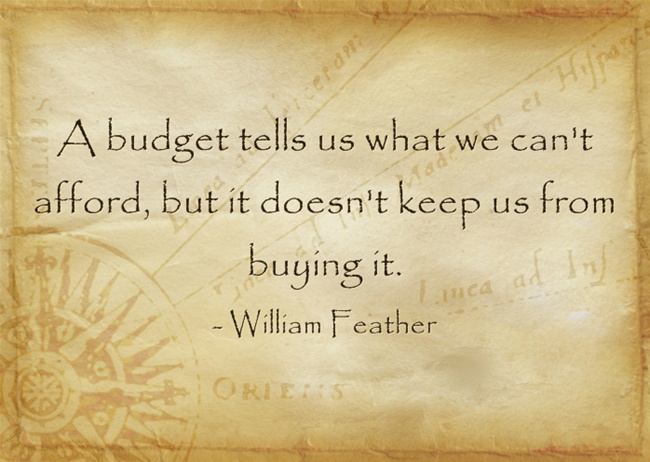 I’ve been working hard on trimming expenses, and while we still don’t have our spending quite in line with our earnings yet, we’re definitely seeing significant improvement from just a few months ago.

But while I have been diligently tracking our spending, I realized that I was developing a flaw in my way of thinking about our budget.

But here’s the thing about budgeting:

There’s nothing magical about a new month.

There isn’t some magical money fairy that squats money on my front porch just because I’ve turned a page on the calendar.  I still have the exact same finances from the last day of one month to the first day of the next.  Nothing has changed from one month to the next except for my attitude.  So why on earth was I making decisions based on the calendar?

It reminds me a bit of New Year’s Resolutions.  We put so much thought and anticipation and hope into what the new year can bring us.  But not much changes between December 31 and January 1.  The only thing that changes is attitude.  That little flip of the calendar makes us believe that change is possible and a new and improved life is just a few months away.

I don’t really like this attitude that I’ve developed since I’ve been tracking our income and expenditures the last few months because it’s a bit too much like the attitude of living paycheck to paycheck.   The whole point of us getting out of debt and staying out of debt was to avoid living like that.  And yet, here I was thinking about whether I could spend money or whether I shouldn’t simply based on the calendar, not on whether we were making smart financial decisions.

It got me thinking about the attitude of “If I only had more money” that Carrie Rocha writes about in her book Pocket Your Dollars:  5 Attitude Changes That Will Help You Pay Down Debt, Avoid Financial Stress and Keep More of What You Make.

Rocha writes, “When we believe that our financial problems are caused solely by a lack of money, we refuse to acknowledge our current situation as something we’ve brought about.  We deny the fact that the power for changing our future lies within us. And if we continue to deny this fact, change will never come.”

I know that I need to make that shift – in my head – and in my budget tracking software – to spend money responsibly based on my goals and values.  I need to let go of whether it’s a new month and focus on whether it’s a good decision for the long-term.

After all, there’s nothing magical about a new month.