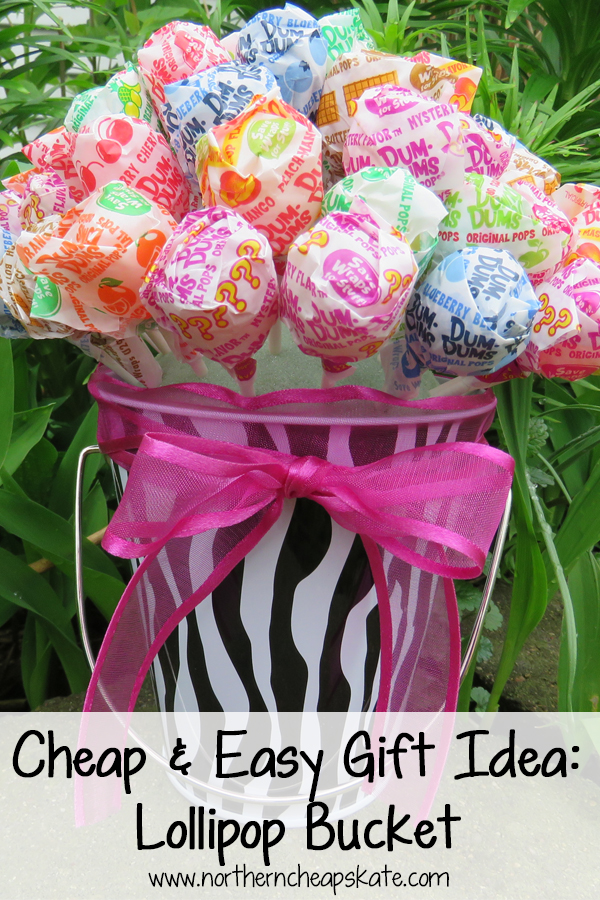 It’s this super cute?!?!? Would you believe it took less than 10 minutes to make? Do you know this cost under $5 to make?

This cheap and easy gift idea has been floating around in my head and I was on the hunt for the right supplies to make this exact lollipop bucket. I found all the supplies I needed at Wal-Mart, with the exception of the bow. The bow was acquired by looking in my leftover ribbon supplies, so I was just using up something I already had on hand. 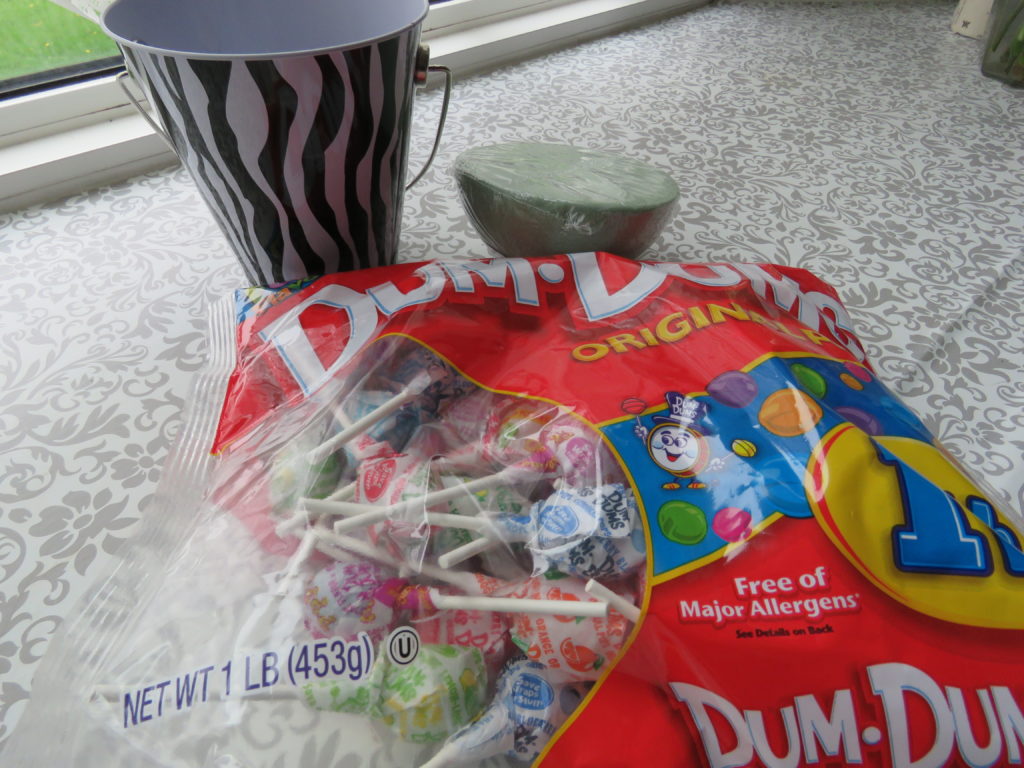 To help you out in finding where these are currently located in Wal-Mart I will tell you which department I found them. Lollipops were found in the candy aisle in the grocery area. The floral foam was in the craft area in the flower aisle. The metal bucket was found in the kids birthday party supplies aisle. My daughter (who I made this for) has several zebra print items decorating her room so I went with that pattern, but there were several other patterns as well as solid colors to choose from. 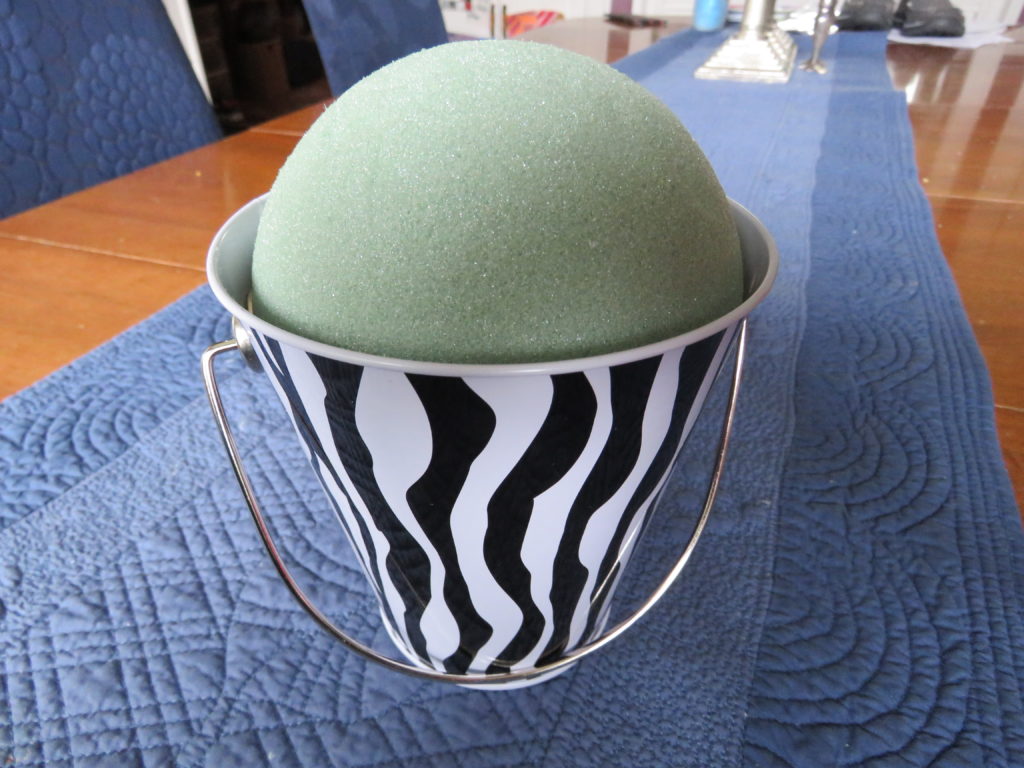 To make this just press the flat side of the foam hemisphere into the bucket until it feels like it is jammed in there good and won’t move out of place. Then just start pressing in the ends of the lollipops to fill in the space. I used about 50 of them to fill it in. We had about 15 lollipops left over. Finally, tie on a ribbon if you like. 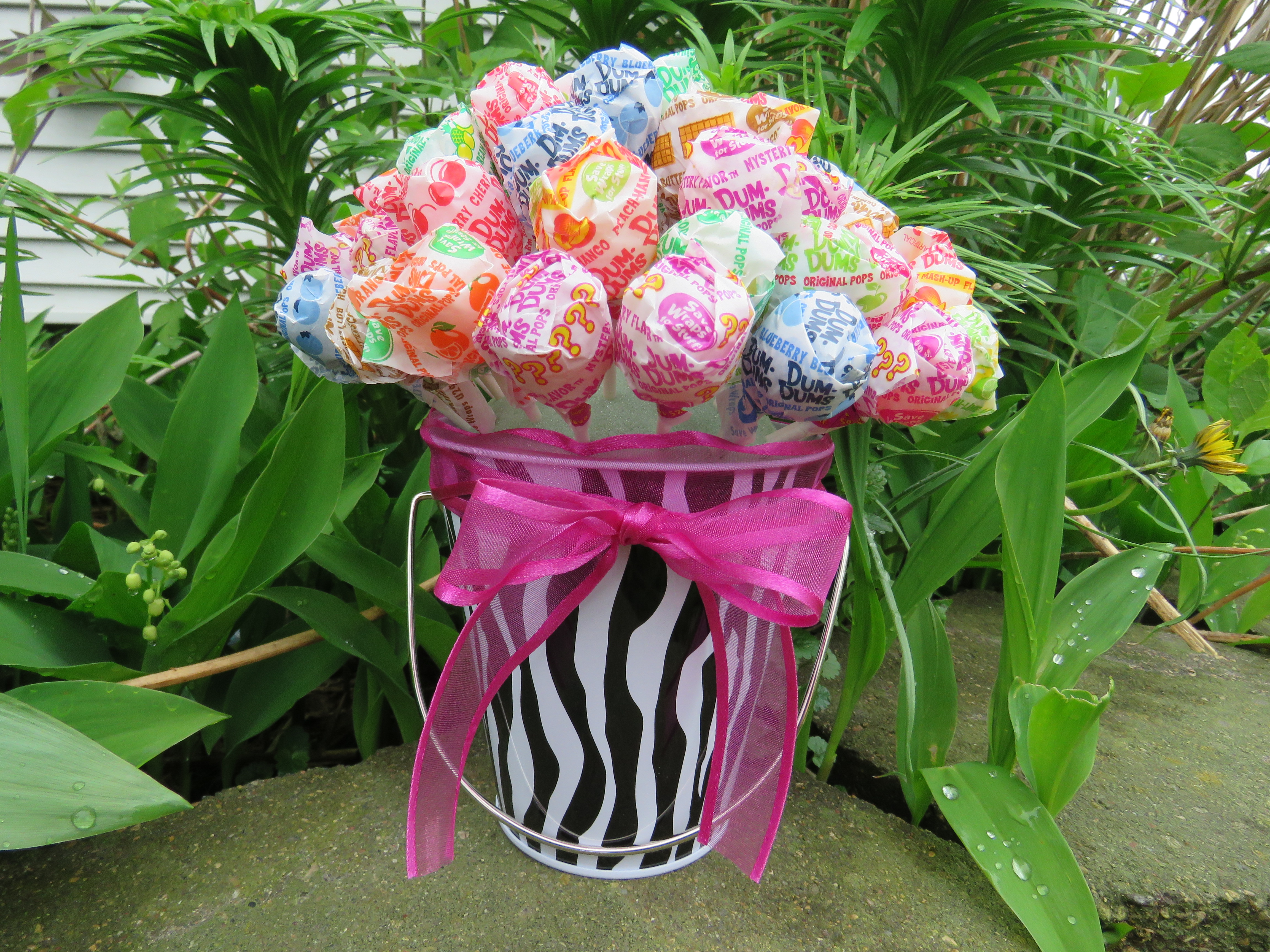 I plan to surprise my daughter with this at school on her birthday. There are enough lollipops in the bucket for each person in her class to have 2. You could squeeze in a few more if you needed to have more to share. Dum Dums lollipops are a great birthday treat for many classrooms because of peanut allergies, which her classroom does have to worry about.

Other ideas besides a child’s school birthday treat in which you could use this idea are:

You could always choose a different round sucker that the recipient prefers, like Blow Pops or Tootsie Pops. Cake pops would be fun to put in this as well!

Are you looking for some other inexpensive birthday gift ideas, check out these other posts I have written for Northern Cheapskate: