You are here: Home / DIY / Organization / Don’t Let Your Stuff Keep You Up At Night 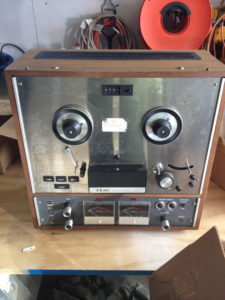 Some of it is due to the fact that is where stuff tends to end up. The kids get it out or take it outside and it never makes it back in again. Or that is where we store off season items and we are in the in-between of spring and summer or fall and winter, etc. It does not help that dirt and leaves and other stuff are constantly being tracked in or blowing in when the door is open.

However, some of it is due to my husband’s reluctance to get rid of something still “useful”, even if it will not be used by us. He continues to progress down the path of getting rid of the clutter, though, and I understand how it can be a gradual process. He is embracing the idea of using Freecycle or donating items, much preferring to see something get used rather than being thrown away.

Recently, he put a ceiling up in the garage and so now he is clearing stuff out. One night, we were out there sorting until nearly midnight, hardly making a dent in the chaos (or so it felt). He was blaming me for keeping him up because I pointed out that if he did not stay on it and work, it would never get done.

I replied that it was not me, but his stuff that was keeping him up.

Stuff takes money and it also takes energy. You have to organize it, sort through it, deal with it, clean it, work around it. How many nights have you put the kids to bed so you can tackle a bunch of stuff that is closing in on you?

If your stuff is keeping you up at night, try this. Spend the evenings you need to sort it and purge. Then don’t buy any more to replace it. Don’t let it rob you of time you should be relaxing or sleeping or playing with your kids.

And if you are successful, please come and inspire my husband.

Don’t let your stuff keep you up at night.